Master your communication skills with Bredogenerator

Communication is a form of art. You can recognize the greatest communicators during a meeting, at a conference, even in a bar, telling exciting stories to someone and soon the entire bar is paying attention to the speaker.

Get smarter without even trying. @no_fear_inc

Being able to communicate this way tends to be natural for some, but it doesn’t mean that it can’t be taught. Just as practical skills such as development or marketing follow a routine that could be followed and practiced, learning communication, telling jokes or speaking in front of an audience is subject to training.

“Bredogenerator” is a Russian term that translates to “bred” (nonsense) and “generator.” It’s the art of speaking uninterruptedly on any subject, based on your experience, the point of view or perspective on anything happening around you.

I got interested in psychology and NLP about 12 years ago and met several people who were ready to improve their communication skills. Some of them had a hard time talking or had other social quirks, and we worked together on various aspects of the brain activity and patterns that could be used accordingly.

One of the main qualities of proficient communicators is their ability to think fast, analyze details on the fly, and think about several things at a time. In addition to their multitasking ability and logical thinking, they add a flavor of creativity – discussing senses, describing vivid pictures to the greatest detail, combining the output from the left part of the brain with the right one.

If you are a developer, you spend your days thinking in algorithms, patterns, optimization and refactoring. Designers tend to be fully creative, unleashing their potential on the drawing board. When you rarely use your creative or logical side, your brain enters a sort of “standby” mode – it’s still there, but it takes some time to power on, and it doesn’t work as fast and efficiently as something that’s been practiced on a daily basis – similarly to sports.

Bredogenerator lets you train the logical and creative components of your brain equally, stimulating your imagination and recollecting thoughts and ideas from your past, analyzing your surrounding and generating information without any barriers.

Exercise 1: Bring an Item to Life

The first exercise is simple. You can practice alone or with other friends who can verify your progress and serve as an audience (which tends to simulate a sense of stage fright).

Pick something around you – like a pen, a hat, or a glass. And bring it to life.

Switch your skin with the glass and start describing your environment. It may sound tough since a glass is simply a glass on the table. But your challenge is speaking on behalf of that glass for 5 minutes, without taking a pause for a second or more.
An example bredogenerator session could be something like this:

“Hey there, it’s great to be a glass! I’m clean all day, chilling on the table, looking at the shiny sun hovering over the room. You may think that it’s really boring, but it’s actually incredible – especially with my fellows that tend to get drunk after they’re filled up with whiskey, or my boring fellow relations being used for milk all the time. Who would use milk for a mug – that’s ridiculous! …”

“I wish I was one of the glasses in the popular bar next to my owner’s house. Imagine how incredible would it be if I was hanging out with guys and gals all day, listening to some hard rock music and being on the front row where no one could stop me from enjoying the party! …”

There are plenty of ways to interpret a situation, and you need to collect your thoughts and imagination and talk uninterruptedly for 5 minutes straight, no pauses. If you pause even for a single second, you have to reset the counter and start over.

It will be tough at first, but don’t worry – soon your brain will catch up and generate ideas quickly, and you’ll have a buffer of several seconds or different branches in your head that would help you to develop your story further.

Exercise 2: Take it from there

The second exercise is similar to the first one but requires a group of three or more people playing together.
It’s similar to the first one, but each of the players talks for a minute; then the player next to him takes it from there and continues the story. You can iterate 2-4 times, take a small piece of the puzzle and develop it to a short movie scenario or a novel.

When you get used to the exercise, you can add constraints to it – playing dialogues, switching emotional states or locations (as in a sitcom) and create a sense of action – a story running through time.

This exercise could be combined with the first two, or run separately with a different subject, emotion, state or event.

You can take Shakespeare for example and bring him back to life, in this century or even in the future. Try to describe different scenarios of a genius writer in the year of 2050, or during a space war, or somewhere during the dinosaur era.

Another version of that exercise is the reverse “nemesis” version of an item, person, or a place. Try speaking about a gun for five minutes while presenting it as an equivalent of a bottle of water. People in 3rd world countries are lining up for guns due to the limited access to water while a shower cabin is equipped with three automated weapons right above your shampoo. Water, on the other hand, may be lava and ships have not been invented for obvious reasons.

Those virtual realities are a good exercise for your “out of the box” thinking, develop your creativity and pump up your associative thinking accordingly.

The reason I enjoy bredogenerator so much is that it’s a brain stimulator; a communication training kit that you can use by yourself or play with friends. It could be quite fun and practiced over a dinner, or at a bar too, during a lunch break or in the bus on your way home. There are no practical limits for you to train your brain.

On top of that there are different flavors of an exercise – augmenting emotions, history, adjusting a standard perspective in various ways, shifting a point of view the other way around etc.

And those are skills that you could use for plenty of practical scenarios, such as:

I’ve spent several months of my life as a full-time trainer – speaking 8 hours a day, 5 days a week. The ability to bredogenerate allows me to pull a story out of my recent memory and tell it while brainstorming on some practical exercise at the same time.

There are different studies regarding the brain multitasking and the final conclusion is that the brain is taking more time to switch contexts, restart and focus on something else in short intervals of time. On the other hand we tend to do it often – when we write down a number while talking on the phone, discussing something with a colleague while writing an email, listening to music while working etc.

Bredogenerator is training your entire brain and extending the viewport of the creative and logical part by letting you switch contexts faster, think out of the box and generate numerous ideas while limiting any social prejudices.

Try bregodenerator out – it’s one of the best ways to train your brain while having fun in the meantime. 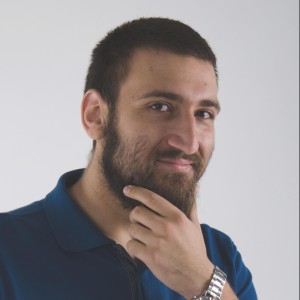 Mario Peshev is the Founder and WordPress Architect at DevriX. He has been building software solutions for the past 10 years. Mario is a technical trainer at universities and large international corporations, and he is a co-organizer for WordCamp Europe. Being zealous about Open Source and distributed work, he usually spends his days in Coffices.

Why We Love Coworking Spaces – the Office Tour