Suraj Sodha is the founder of WPMaintain and, most recently, Design Hero. Before he found success as an entrepreneur, however, his life looked like it was going to be nothing short of ordinary.

As Suraj explains, he initially entered law because it was expected of him. However, it took only a few years before he realised how much he hated traditional corporate life. As a result, he turned his attention to an earlier hobby of building websites.

It was something he had early success in, but couldn’t believe that people were really willing to pay someone for affiliate websites. And, so, his 16-year-old self often threw away checks he received for the work, believing them to be fake.

Thankfully, he realised the error of his ways as an adult and began charging clients for the websites he built them… well… sort of.

As many of you know, when you do a good job developing websites for clients, you’re going to be the first one they think to contact when they need something done. And that’s what happened to Suraj.

Months would pass, sometimes a year, and website clients would reach out and say, “Hey, remember me?”

At first, he assumed they wanted another website. Then, he discovered that they were just as lost about updating their website as they were about building it in the first place.

However, he didn’t charge them for the few minutes or so it would take him to update a logo or remove a person from the Team page. Eventually, he found himself handling more of these one-off update requests than actual website work.

“I just thought, well, this is wrong. Surely, this is not how web designers run their businesses.” @SurajSodha on the lack of after-care in the WordPress space

That’s when he decided to pitch his first WordPress maintenance plan to a client.

How He Convinced Clients to Start Paying for Updates (9:35)

While Suraj admits that some clients were unhappy when he told them he would start charging for updates, most of them took it in stride.

“The vast majority of them actually understood and appreciated the value of having an expert on hand.”

It also helped that he knew how to broach the subject the right way. So, instead of saying:

“Hey, I found a great way so I can make more money.”

“I think that I can offer you massive value for a small monthly fee. And give you all the peace of mind you’re looking for.”

Suraj also didn’t force the maintenance plans onto clients nor did he try to lock them into any long-term contracts. It was more of a “it’s there if you need it” kind of thing.

Want to make more money, too?

Whether you build websites or manage updates for WordPress clients, you’ll learn how to make better money and work with better clients with this free webinar. The recurring revenue that Suraj generated from maintenance services gave him the peace of mind and the freedom to explore his options. It also provided him with a steady stream of income with which to pay himself as well as to reinvest back into the business.

And what he decided to do with the business was to go all in on the WordPress maintenance game and become a partner to other web designers and agencies instead of a competitor.

Now, WPMaintain provides white label maintenance services for web designers that don’t want to handle it themselves but still want to reap the benefits of a recurring revenue business model. For those that prefer not to play middle-man, but don’t want to leave their clients hanging, they refer them directly over to WPMaintain where they’ll be taken care of.

Now that WPMaintain has made serious headway in the WordPress maintenance space, Suraj has decided to try his hand at another kind of recurring revenue business.

This one is called Design Hero.

Essentially, this is Suraj’s way of turning web design services into a product. Clients pay a flat fee each month and they’re allowed to submit as many design requests as they want.

In order to ensure the monthly subscription is one that clients want to use, he and his team have really had to get good about managing expectations upfront.

“The magic is in the brief.”

The process they use is actually a lot like the one described by Troy in this guide to collecting content from clients. Essentially, the request form is standardised and onboarding is automated to ensure that clients provide all necessary details about what they need to be done.

They also reinforce the idea that it’s not Design Hero’s job to come up with the design idea or criteria from scratch. It’s the client’s responsibility to know what they want and to share those details and specs with the designer.

Since Design Hero is a much newer venture than WPMaintain, it’s no surprise that Suraj would express feeling a touch of impostor syndrome at the moment. The key to getting past those doubts and fears, as Suraj explains, is to focus on learning and improving.

You can reach out and thank Suraj Sodha on Instagram. 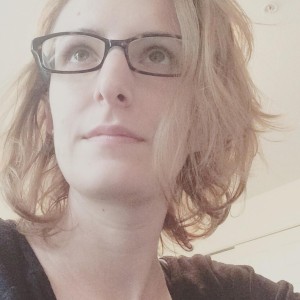