If you’re running a business, you probably have most of the social media platforms covered. But has Snapchat slipped through the cracks? Let Jason Resnick show you how to utilize Snapchat for your business.

You are running a business and you’re all over Facebook, Twitter, LinkedIn, and Instagram. You are tweeting, posting, sharing, liking, and reacting. Are you snapping? Where’s Snapchat in the mix? Still think it’s just for kids?

That’s what businesses said about Twitter and Facebook too; how much of your business is on those platforms? Now’s the time to jump onto Snapchat and stake your claim. If Snapchat isn’t a part of your business yet, here are some tips on how you can easily use it to make an impact.

You have an endless line of stories to share, do it! #Snapchatisntjustforkids

Why Snapchat is important

There were 110 million active daily users in December of 2015. There are 10+ billion daily video views on Snapchat (which is more than Facebook’s 8). If you’re not impressed yet, there’s more.

60% of users are between the ages of 13-24. That’s young professionals, folks. Most young professionals have disposal income that they want to spend. If your target market is in their early 20s and you aren’t on Snapchat, you are doing a disservice to your business.

71% of users head to Snapchat for its Chat/Snap features. Which tells me that people would rather communicate with friends and family via Snapchat than say maybe text messaging. If that’s the case, don’t you want your business to have the same trusted relationship as your customer’s family and friends?

Snapchat has been receiving quite a bit of buzz lately, especially from folks like Gary Vaynerchuk, Joel Comm, and many other industry giants. I’ll be honest and say that I had Snapchat on my phone for over a year before I decided to jump in actually use it this past January for my business.

Before I get into how to use Snapchat for business, let’s dig into what exactly Snapchat is. Snapchat is a mobile messaging platform that allows folks to share photos, messages, videos, texts, and drawings. The drawing aspect is very unique and powerful when used correctly (more on this later). But the best part of this application is the ephemeral nature of Snapchat. Private messages once viewed are gone forever. The public stories folks share disappear after 24 hours. This allows users to be themselves and not have to make every aspect of a Snap picture-perfect and Steven Spielberg film quality. They have such a short life span, it actually encourages users to just capture the moment and then be creative on top of it.

Play in the Snapchat sandbox

One reason Snapchat appeals to the younger crowd is because of it’s low barrier of entry for creativity. Two features that highlight this are drawing and filters.

Filters are a HUGE deal on Snapchat. They come in two forms. The first appears when you hold down on the screen (say around your nose) when you are about to take a snap. From the bottom will pop up any number of filters that will overlay your face. These include pandas, halos, rave face paint, police officers, and many other fun things. These filters will cycle in and out over time as well so it makes it all the more fun when a new one pops up.

The other type of filter are the geofilters. Add these after you take your snap. Swipe to the left or right on your screen to reveal one or more location-based filters. These include cities, towns, landmarks, and even custom ones that folks and businesses can create (more on this later).

Playing in the sandbox of Snapchat is extremely important. It’s storytelling in tiny clips of video, audio and photos. If you aren’t telling a story, you won’t retain viewers.

The attention span of a Snapchat viewer is really short. In order to hold that attention before they swipe and go to the next story, you need to be engaging and most importantly, creative. Use the environment around you. Take photos of the work you are doing to get opinions of folks. Bring other folks into your stories as well. Especially those that don’t expect it, they really don’t get the 10-second thing.

The attention span of a Snapchat viewer is short. You need to be engaging and creative.

How to use Snapchat for Business

This isn’t an article for learning how to use Snapchat. YouTube is great for that. I want to share with you some ways in which business can use Snapchat. Not just your business, but your clients as well. So even if you don’t fall into these buckets, maybe your clients do and you can help them build their social marketing on Snapchat with some of these ideas.

This really is a no-brainer for any business that has a physical location. Geofilters are a fun aspect to Snapchat that users enjoy adding to their snaps to share where they are. Especially if they are on vacation.   Snapchat allows anyone to upload a geofilter. There are some rules that apply obviously, but you can select a location and time period you want it to appear. For a small fee, you’ve got some branding for your business.  This is a time to be creative and fun. Snapchat won’t accept blatant ads, but think creatively and you can come up with a call to action that works just as well.

People love exclusivity and feeling like they are getting something that no one else is. If you are running a business where you can share what goes on behind the scenes every day, do it! You have an endless line of stories to share. Chocolate Johnny and Mitchell Dillman are absolutely killing it by sharing what’s going on within their chocolate making business and furniture business.   Hold special sales or events for your Snapchat followings.

Imagine you have a store but are running some event, sale, or special in the store. You can leverage your Snapchat following to let them in on it.   For example, a restaurant or bar has a live local band playing tonight. Take a few snaps of the band, maybe give an interview, share the drink specials and encourage followers to come on in.

Much like the brick and mortar businesses, online businesses can take advantage of this as well. In fact, most people have no idea what goes on in an online business. So start snapping.   For those t-shirt companies or Etsy shop owners: Give a behind the scenes look on how your products are created.   Digital nomads who bring wifi to the beach, mountains, and sit in coffee shops: Share your experiences.

2. Specials for Snapchat only

Snapchat doesn’t make it easy to have viewers take action. But it’s not impossible. You can see the metrics of each Snap including the number of screenshots and who took them.

It is incredible to know exactly who is taking screenshots. Then you can Snap them directly and give them something of value, whether that’s a discount, special download, or anything else you come up with.

Line up the call to action in 2 Snaps. The first Snap should tell them to take a screenshot of the next snap. Then the following Snap shows what you want them to do.

You can even put in that second Snap a URL that hopefully they will visit and can receive the special download, discount, etc.

Ads are tough. Snapchat is slowing beginning to roll them out in between user stories. Since it’s so new, only well-known brands seem to be taking advantage of them at the moment.

That doesn’t mean you or your clients can’t though. The best time is right now. Without the saturation of the market, you’ll be able to get the most eyeballs now.

This is where Snapchat really shines. If you are at a conference, chances are good that someone will have geofilters.

If you are going to a conference, sign up and get a geofilter made and then submit it to Snapchat. Chances are good that there will be other users there using Snapchat who will use your filter.

This has been the biggest win as far as building up a following and brand on Snapchat, but also reaching out to other audiences.

A takeover is simply exchanging your account with someone else. One day is the customary time period, but it’s totally arbitrary to you and the other person.   It’s always best to be able to give a special sort of story that day to make it as engaging as possible. If you can have an influencer takeover your account, that’s even better. Gary Vaynerchuk has done them. Dan Norris has done them. Joel Comm as well.

I’ve done a few of them as well and they’ve always brought me more Snapchat followers and even landed me a client too.

Individuals and Small Businesses that are doing great on Snapchat

Other's in the Snapchat land playing the game

These are a bunch of folks playing in the sandbox that we can all learn something from.

So go ahead and give Snapchat a try. I’m sure that you’ll have some more idea to expand upon what is laid out here. Leave a comment below of what you are doing for your own business or your client’s business on Snapchat. 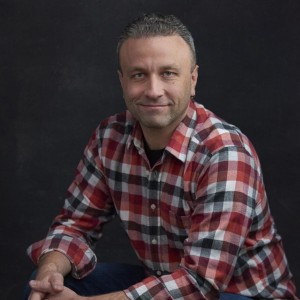 Jason has been a freelance web developer for over a decade and helps established e-commerce businesses, built on WooCommerce and WordPress. He also helps freelancers achieve their lifestyle goals by helping them build a sustainable business and stay in the feast. If you are looking for better clients, start with this free email course.

How to Create New Business Through Content Marketing with Joe Pulizzi